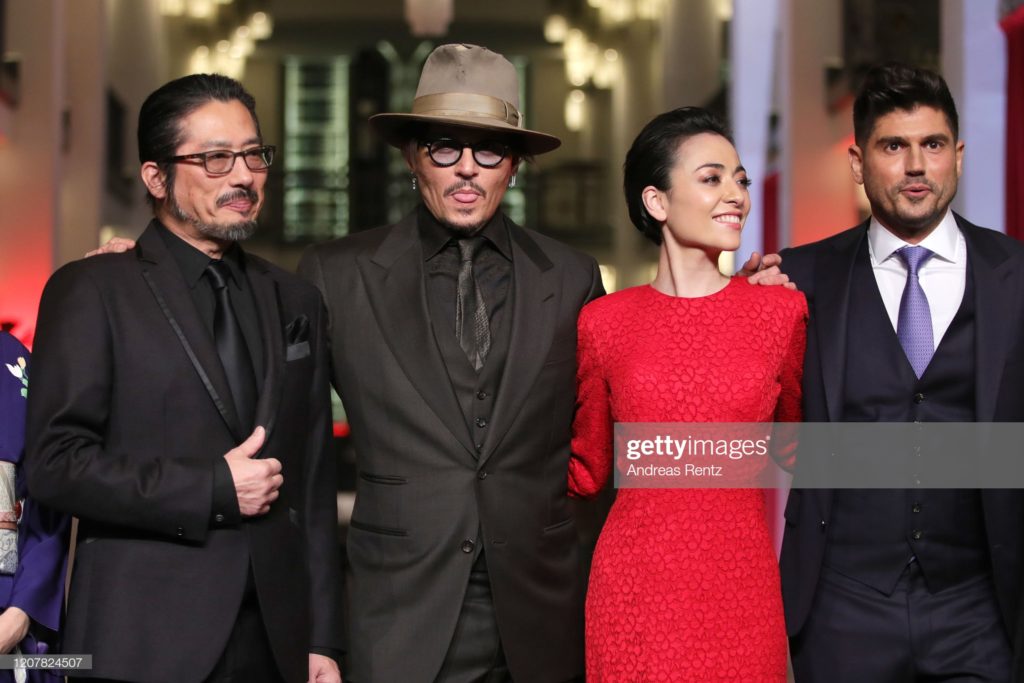 In 1970, renown photojournalist Eugene Smith visits Minamata, a small village in Japan. He interviews Japanese people who became ill from mercury found in pollution from a local factory.

Minamata portrays Eugene’s conflicting concerns, pollution problems, the existence of journalism and his personal life. It becomes a love story between Eugene and Aileen.
I play the role of Aileen Smith, the woman Eugene falls in love with, and later becomes his wife.

The shooting took a total of 3 months, this included all preparations.
During the shooting, I continued to move forward in order to not lose stability in my role.
Andrew Levitas, the director, was patient and put his trust in me throughout the filming of the movie. Johnny Depp has wonderful pureness and expressions…

The DP (director of photography), Benoit Delhomme did an amazing job.
You can enjoy the exquisite imagery which guides you inside this deep moment…Please look forward to it!